After a one-year postponement due to COVID-19, the Henry County Back To School Festival will again occur, bigger than ever, on Monday, July 26, at the Arts Park Pavilion and the Public Library in downtown New Castle.

The day officially begins at 10 a.m. at the Christian Love Help Center with the distribution school supplies for children in the community who need help getting those items. Elementary students will also receive new backpacks.

Christian Love Center will also give each child coupons for special services set up in the New Castle-Henry County Public Library. Beginning at 11 a.m., families can take the coupons to the library and the children can receive a free haircut, hearing check, eye exam, and dental check. 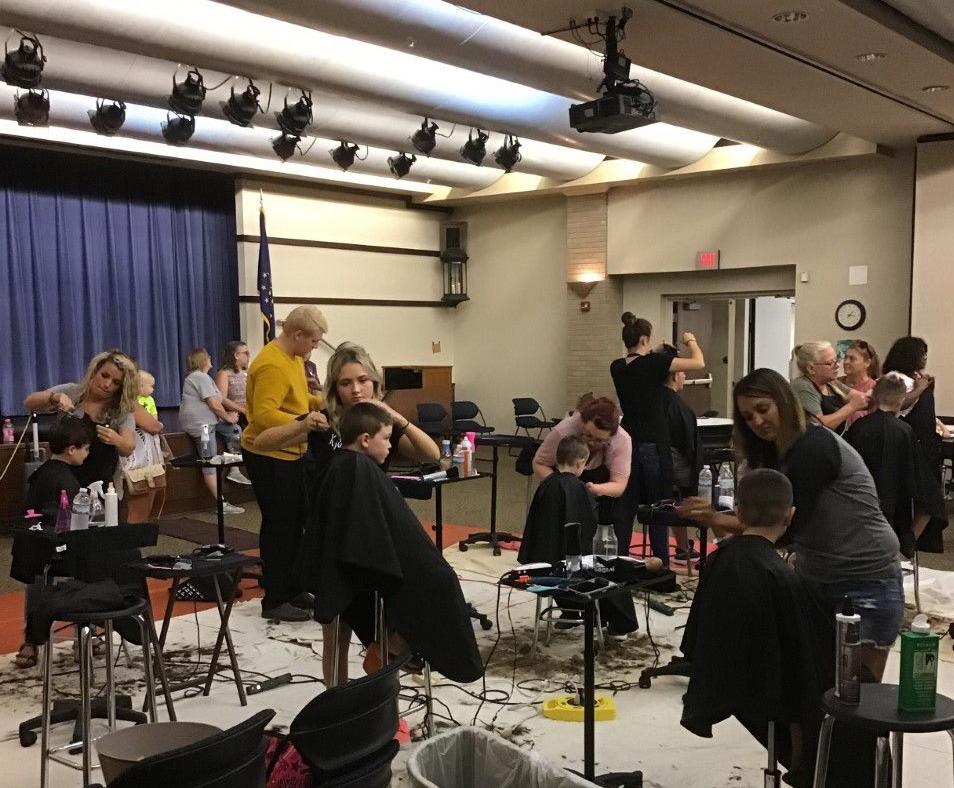 The 2021 Back To School Festival for all school children in Henry County begins at noon at the Arts Park.

Judy Hubbard, co-chair of the festival, wants everyone to know this is a county-wide event. She said all school administrators had been contacted, and children in grades K-12 will be allowed to come.

The community event will end at 2 p.m.

The New Castle Community School Corporation Food Service Department will provide food for all the children attending the Back-To-School Festival.

Local banks will provide games and prizes, the Friends of the Library will provide each child with a free book based on their age, and all attending children will also receive free gifts from various churches, businesses, and organizations.

These gifts will include cookies, socks, a container of hand sanitizer, a box of facial tissue and a roll of paper towel, bookmark, pencils, toothbrushes, toothpaste, bar soap, shampoo, and earbuds.

Each child will also get a free Tropical Shaved Ice treat.

Besides the giveaways, there will be numerous children-centered community service organizations with booths to provide answers to the children and their adult supervisors.

This year, the local radio station 102.5 NASH FM will be there with a live broadcast throughout the festival.

“This event continues to grow each year, so much so that we are realizing that this location, even though in an ideal area of town, is becoming too small,” Hubbard said. “The help of over 75 social organizations, government agencies, schools, churches, and businesses helping in various ways, it is safe to say that Monday’s events probably have more community involvement than any other event in the county.” 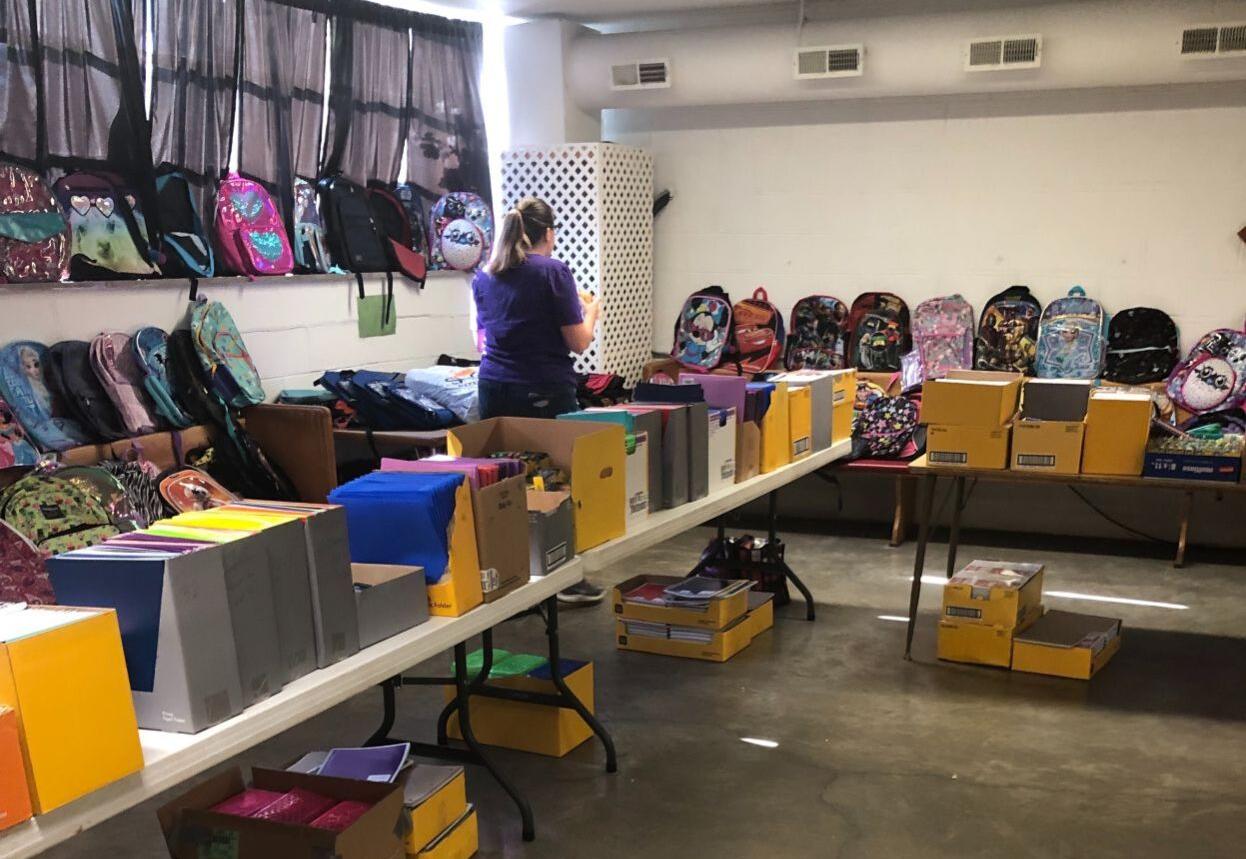 Many school items will be available for children at the Festival.

The objective of the day’s events is to bring community partners together to celebrate education with the children at the beginning of the school year, and to facilitate the children’s excitement at starting the school year by their having school supplies they need on day one 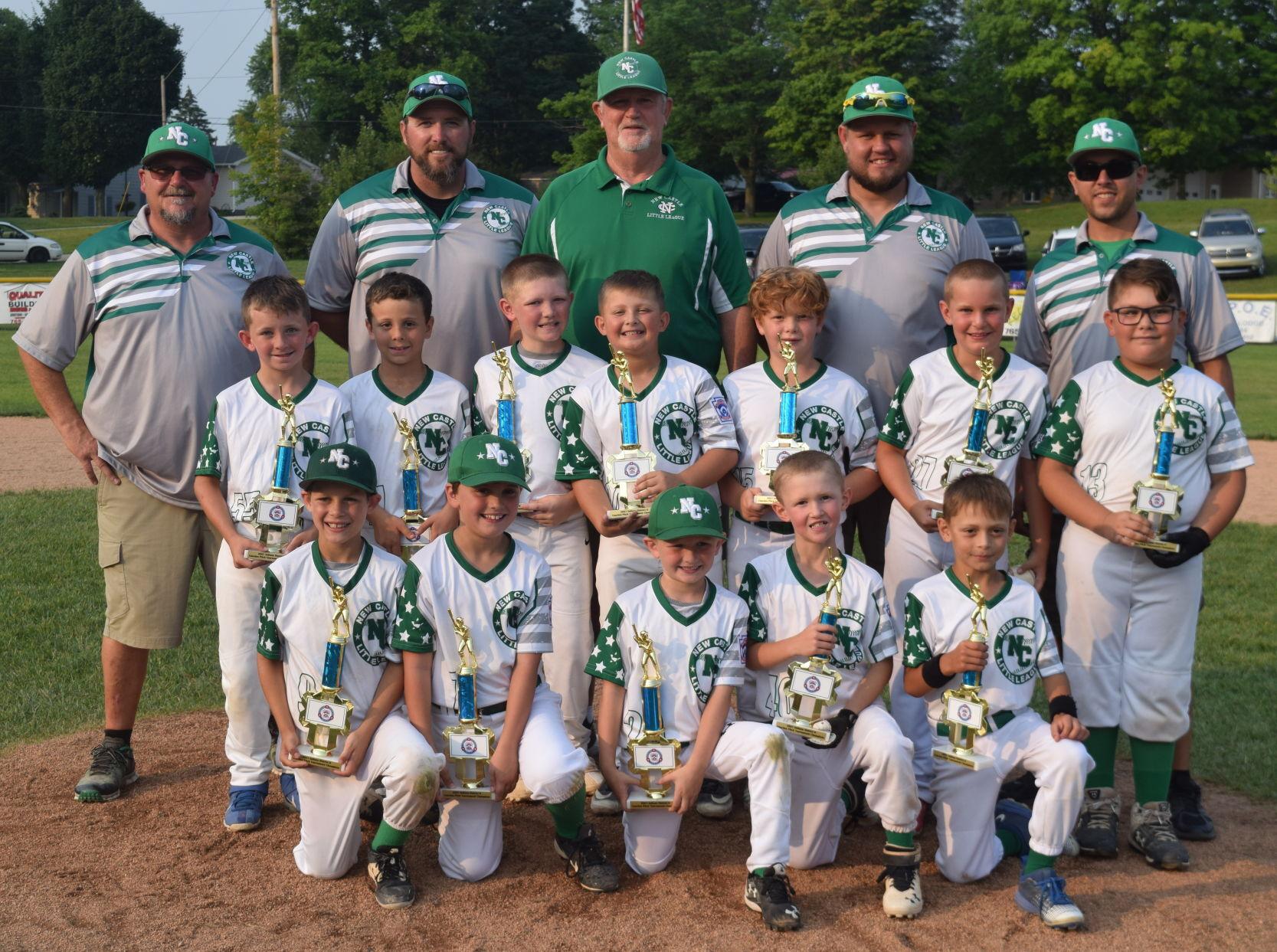 Players on the New Castle Green have big grins on their faces as they hold their trophies while the coaches smile from the back row after the Green edged visiting Hagerstown 7-6 in Monday evening’s championship game of the Indiana Little League Baseball District 6 Coaches Pitch Tournament on the NCLL lower diamond. A story about, and more photos from, the title game are on A6.

The New Castle City Council have been trying to figure out ways to bring more people into the city.

They might’ve just found their next project.

The project includes landscaping upgrades up through Trojan Lane and lighting upgrades. The goal is to catch a first impression on visitors.

Perdue was very passionate for this project.

“I’m really excited about it, we need this. So many people see Trojan Lane and forget all about the rest of our town. We need to step it up and get with the program,” Perdue said.

The council wanted to know how much this would cost.

“$300,000 will do all of it, plus we might have some remaining to have maintenance on the project,” Perdue said.

Perdue also said that he has gotten estimates for labor and most of the contractors believe they could complete the project for less than the $300,000 estimate.

More details will come out about the project when things are becoming finalized.

Perdue told his fellow councilmen that they didn’t have to make a decision on this subject as of right now.

Perdue said, “We’ve laid out a nice strategy for the project. This project will sell itself.”

The Council agreed to table this until they’re next meeting which is Aug. 2.

Perdue finished up by saying, “I wasn’t looking for a vote tonight, I just wanted to make sure you guys wanted to back this project.”

The council didn’t have any other business to discuss Monday. Councilman Mark Koger to the opportunity to discuss the practice of having council meetings on Tuesdays after a Holiday weekend. The council recently held a Tuesday meeting with Independence Day falling on a Sunday and being observed on that following Monday.

Koger made the motion to forgo meetings directly after holidays if there is nothing that is pressing.

New Castle Mayor Greg York also brought it to the council’s attention Monday that someone had trashed the F.U.N. Park at Baker Park over the weekend.

The incident happened in the middle of the night. York said the vandalism included throwing some benches over the fence.

Mike Broyles was in attendance for the City Council meeting. Broyles thanked the parks department employees for their response to the incident.

“They did a great job of getting it cleaned up and getting things back together. It’s a real shame that this had to happen,” Broyles said.

News
Phase 3 sewer separation project about 15% finished; Most roads will be fully repaved at completion

Crews from Brackney Construction started doing the sewer work on Cherrywood Avenue in May and moved their way to I Avenue.

This is the third phase of the four-part CSO mitigation project. The CSO project is required by the state to make sure that a heavy rain in New Castle doesn’t cause sewer waste to dump into Big Blue River.

As soon as New Castle schools let out for the summer, Barker had the company move to Riley Road and the area around Parker Elementary school.

His goal was to have the heavy work in those areas done before school buses hit the roads again in August.

“They will be close, but I think they’ll be done there,” Barker said about the Riley Road sections. “They’re going to be right there at the 11th hour.”

Barker said the Riley Road work is winding down. Plans still call for a forced main to be installed between Kovacs Drive and Jester.

There are a few houses in that area that are county property and still have septic systems. Barker said an added benefit to this CSO work is that those people will have the option to hook onto the city sewer system if their septics fail sometime in the future.

After finishing Riley Road installation, the Brackney crews will head back to I Avenue. Baker said they will bore under the train tracks there and head to 17th Street, stopping just shy of the 18th Street intersection.

The CSO Phase 3 plans call for work up 16th Street and east along F Avenue and G Avenue.

Eventually, the sewer lines under S. 14th Street will be repaired down to Q Avenue and Trojan Lane down to Memorial Drive.

As Brackney completes each section of buried sewer line, they fill the trenches in with concrete so New Castle drivers can get back on the roads.

Sections of road that have pipes running under them in short areas, such as Riley Road, will eventually get patched with asphalt.

The sewer lines under the rest of the streets run parallel to the roads and required long trenches to be cut. Brackney will completely mill these areas down and repave the whole affected street when the CSO project is done.

It will be several more months until any of those sections are repaved, though.

Barker explained that there are additional costs every time asphalt paving equipment is brought into town. In order to keep those costs down, the contractor will wait until they have a large number of roads ready for installation before having the asphalt company come out.

Brackney had taken some steps to make driving a little more comfortable through the current work sites. For example, they milled the road transitions on Cherrywood.

Barker said the company has been very responsive to concerns he had for when the project first started.

Barker said the work is close to 15 percent complete and should be complete by Spring 2022.