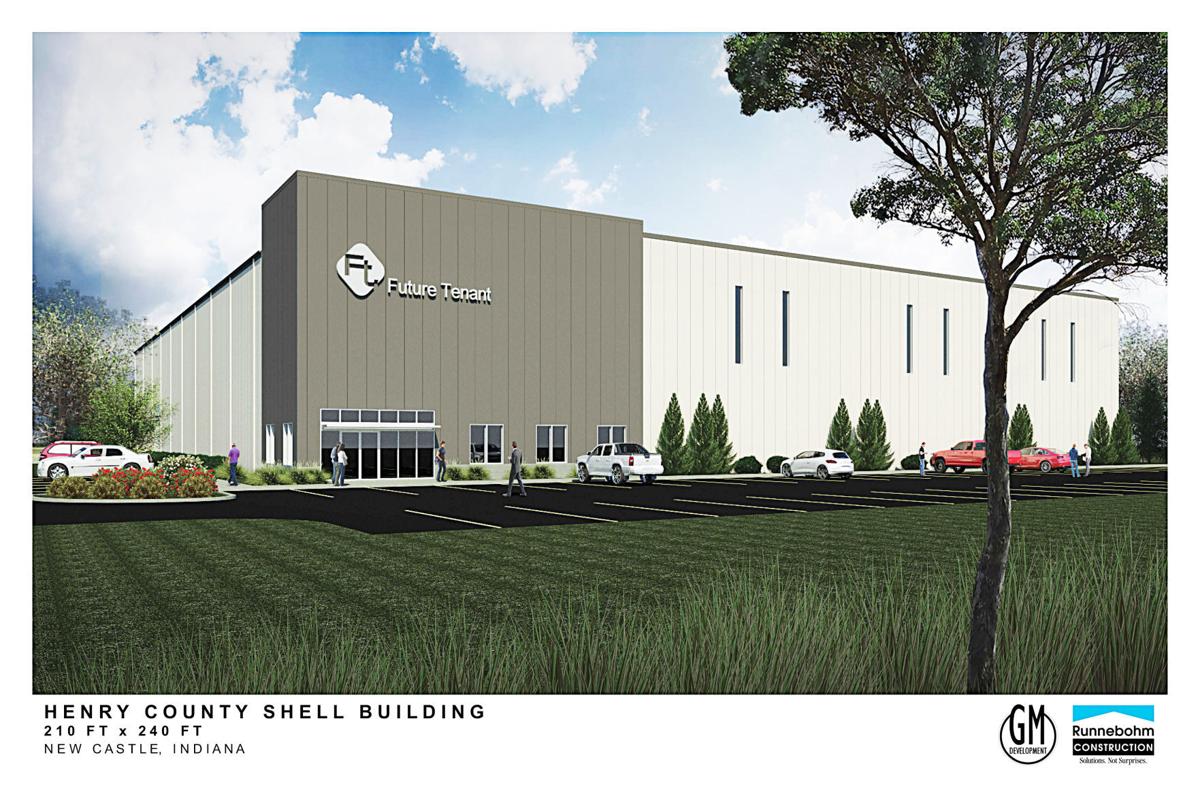 This is what the new shell building will look like once its complete. The 50,000 square-foot building will be located on a 15-acre site north of Boar’s Head North on land the Henry County Redevelopment Commission already owns. 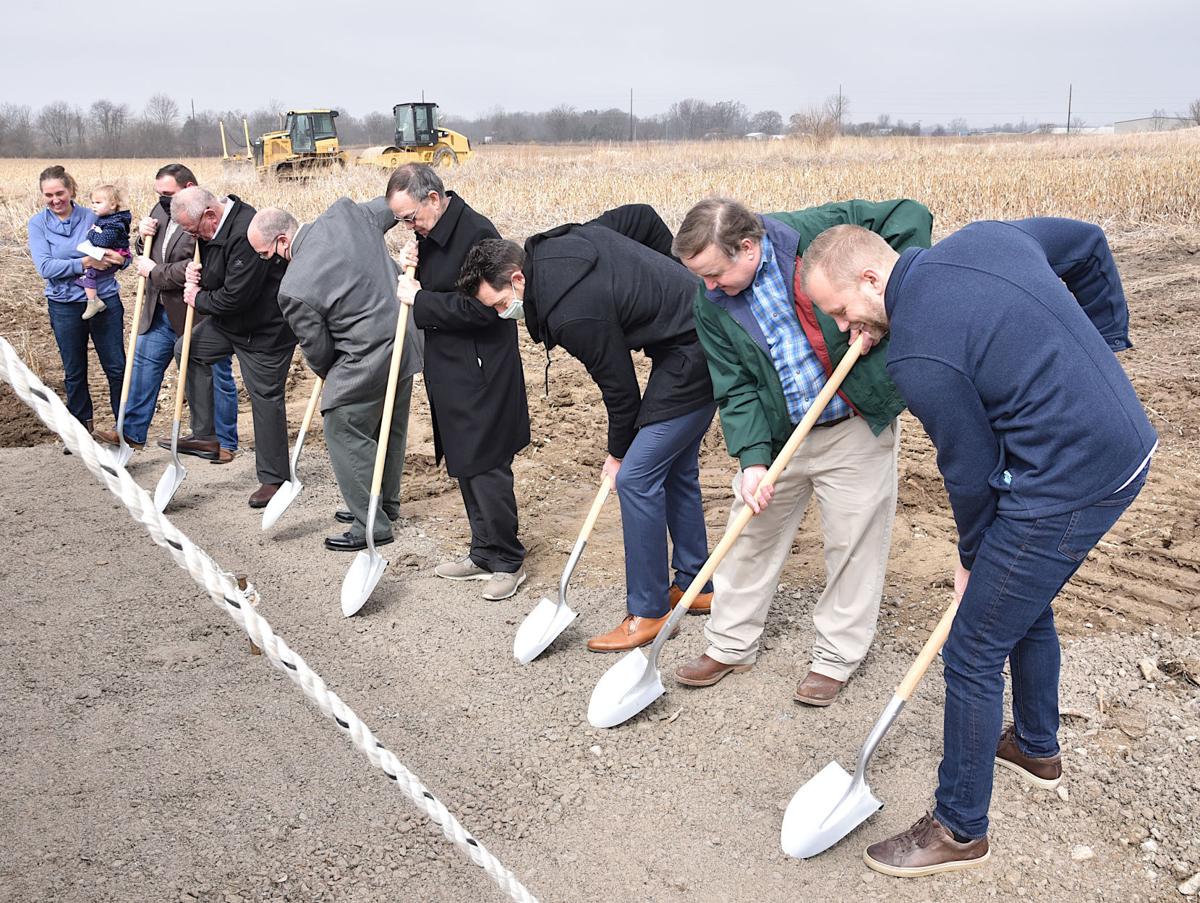 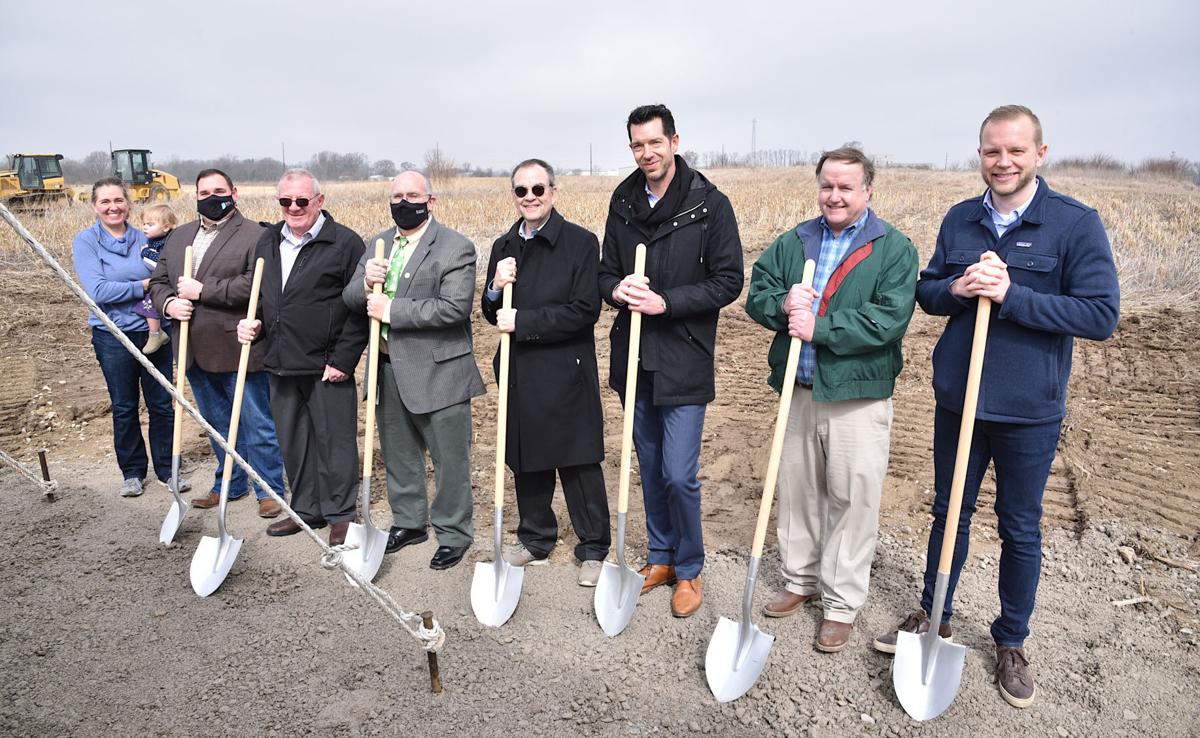 This is what the new shell building will look like once its complete. The 50,000 square-foot building will be located on a 15-acre site north of Boar’s Head North on land the Henry County Redevelopment Commission already owns.

On St. Patrick’s Day, New Castle economic development leaders set out to make their own luck.

Groundbreaking for construction of a new shell building drew a who’s who of local officials. As the ceremonial shovels went into the ground Wednesday, more hopes and dreams took flight for the Henry County economy.

New Castle-Henry County Economic Development Corp. President Corey Murphy summed up the importance of this event in a few sentences.

“Author and site selection consultant Jay Garner says it best,” Murphy said. “’No product. No project.’ You can’t sell from an empty wagon.”

Plans call for the spec building to have 50,000 square feet initially, but constructed in such a way an expansion to 200,000 square feet or more is doable. It will have a ceiling height of 32 feet. Drainage and pad infrastructure will be pre-installed.

Murphy emphasized having another shell building helps New Castle and Henry County maintain a competitive edge in a tough environment made even tougher by the lingering effects of the pandemic.

“Speed to market is important,” Murphy said. “The majority of site searches are looking for an existing building. With longer than normal lead time on steel and concrete, this is even more important.”

Home to not only the world’s largest and finest high school Fieldhouse, but also the Indiana Basketball Hall of Fame and Hoosier Gym, county officials made this latest shell building project happen in classic fashion – good old-fashioned teamwork.

Murphy presented gold shovels to his team of local all-stars. They included:

Mike Runnebohm and Chris King from Runnebhohn Construction, which will build the facility;

Shannon Thom, board chair for the EDC;

Ed Tarantino, president of the Henry County Commissioners; and

“This groundbreaking is a demonstration of fantastic community leadership,” Murphy said. “Thank you for taking a measured risk to have our community be serious about attracting jobs and investment.”

“This project is going to bring in another large business, jobs, and a community partner that strengthens our county,” she posted on Facebook.

“Their attendance here today demonstrates this is important for both the region and the state,” Murphy said. “We’re in this together.”