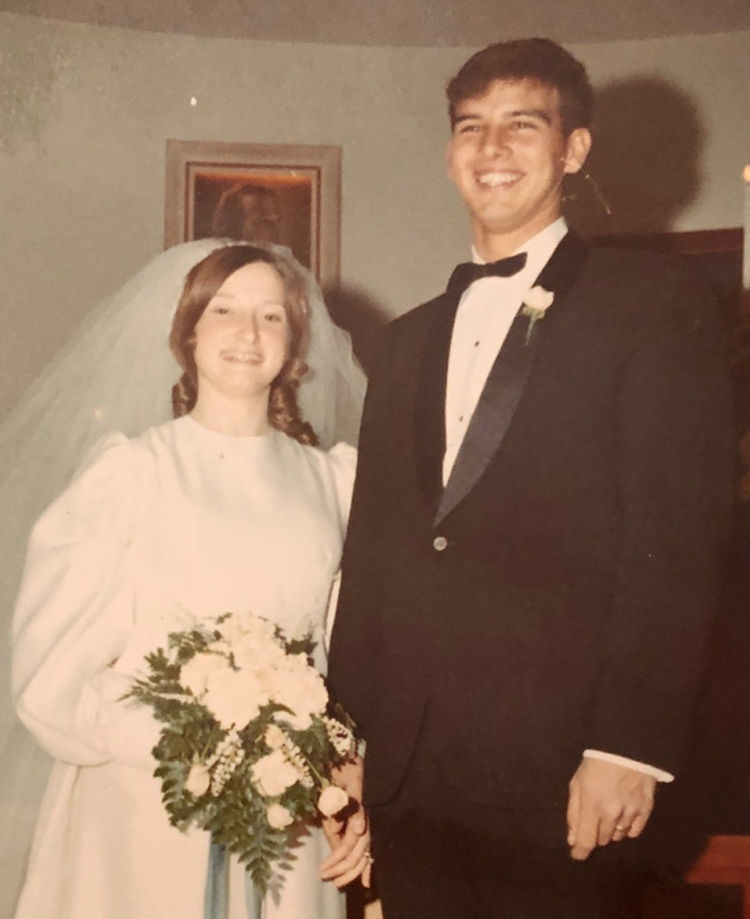 Linda and Phil Gibson, on their wedding day

Linda and Phil Gibson, on their wedding day

Phil was in the first class to graduate from Wapahani High School in 1968. He served in the U.S. Navy from 1968 to 1972 and spent several tours in Vietnam. He retired as an electrician from Chrysler in Kokomo on Oct. 31, 2015.

Linda was in the last class to graduate from Center School in 1967. She spent 10 years as the administrator at South Side Christian Academy.

Phil has been a caddy for a professional golfer for 20 years. He has traveled the U.S. to many courses. He has caddied at the PGA Championship at Valhalla Golf Club, Louisville, Kentucky, and Quail Hollow in Charlotte, North Carolina.

Phil and Linda have been to countries on missionary trips. They retired from White Tail Tree Farm.

Their children will host an open house for Phil and Linda from 3-5 p.m. Saturday, Dec. 28 at Glad Tidings Church in Conway Hall, where they are members. The church is at 3001 S. Burlington Drive, Muncie, Indiana 47302. The couple requests no gifts, please.