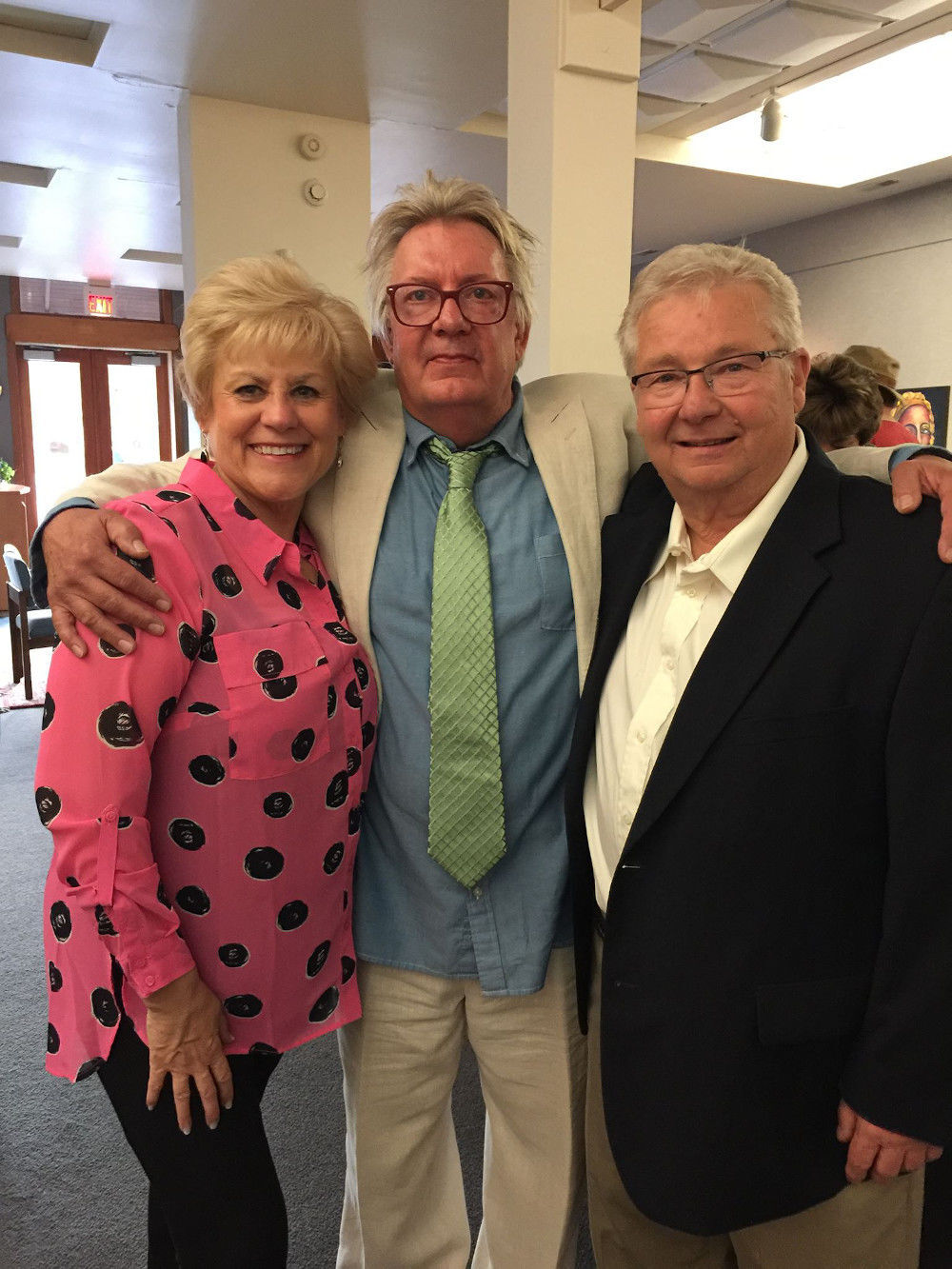 New Castle graduate Bobbie K Owens (center) greets 1971 classmates Beverly Matthews and Jeff Smiley during an event at the Henry County Art Center in 2016. Owens is one of three alumni to be honored this weekend during homecoming festivities. 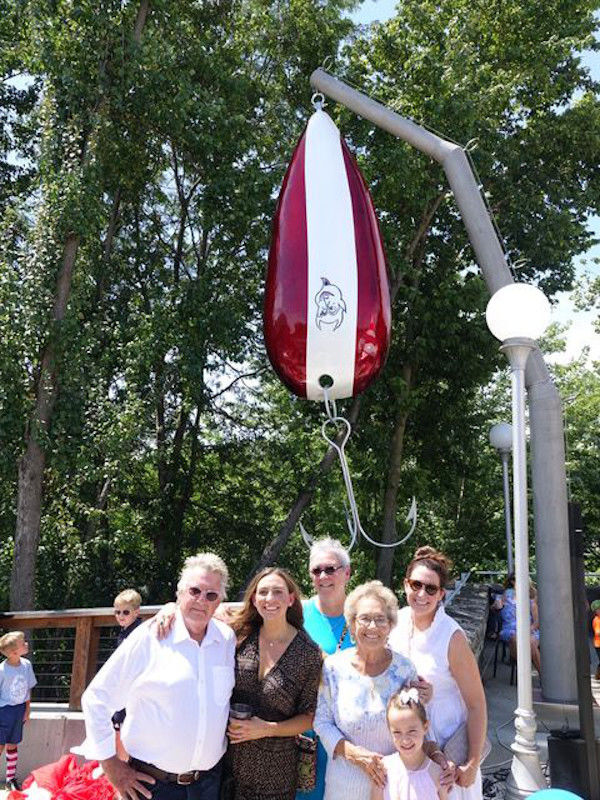 New Castle graduate Bobbie K Owens (center) greets 1971 classmates Beverly Matthews and Jeff Smiley during an event at the Henry County Art Center in 2016. Owens is one of three alumni to be honored this weekend during homecoming festivities.

John F. Kennedy was president. New Castle High School was located on 14th street. Sunnyside Elementary School had few neighbors, as the area had no major housing developments yet.

The year was 1961, and an elementary school student named Bobbie K Owens had just joined his classmates for recess. The children’s teacher, Mrs. Huffman, had given everyone a task.

On that rock, Owens and the others painted pictures.

“I painted a spiral on it,” Owens remembered. “It’s one of the oldest symbols in history. It has so many meanings.”

The biggest meaning for Owens was personal. Even at that young age, it changed his life. Mrs. Huffman was more than impressed with his painting.

“She said ‘You might be an artist when you grow up,’” Owens remembered. “I said ‘That’s what I’m going to do.’ I can remember that like it was yesterday.”

Today, 50 years later, what started on that rock has led to Owens, a 1971 New Castle graduate, becoming a rock star of sorts in the art world. This week, as alumni gather for a New Castle High School homecoming, Owens’ life work has made him one of three slated to receive a “Distinguished Alumni” award.

Owens was nominated for the distinguished alumni award by Beverly Matthews, also a 1971 New Castle graduate. He will join 1974 New Castle graduate Blaine Hurst and 1979 alum David T. Pfenninger in receiving the coveted awards at this weekend’s homecoming festivities.

Distinguished alumni will be honored at the Principal’s Luncheon 11 a.m. Friday at the First Baptist Church. A homecoming parade is scheduled 10 a.m. Saturday in downtown New Castle. A complete list of homecoming activities published in Saturday’s edition of The Courier-Times and can also be found on the New Castle High School Alumni Facebook Page.

'Where we love is home': New Castle's homecoming is next weekend; Parade starts at 10 a.m. Saturday

For Owens, what started with that spiral drawing is now larger-than-life. He has solo exhibitions not only here in New Castle and his current hometown of Columbus, but also across the state in Muncie, Indianapolis, Bloomington, Richmond and Franklin. His work is displayed as well across the nation from Soho, N.Y. to Arlington, Va., Columbus, Ohio, Chicago, Ill., Naples, Fla., Denver, Colo. and Los Angeles, California.

Most recently, Owens, a son of the late Bobbie N. and Hazel Owens, has turned his art into the biggest of fish stories.

Recently, Owens crafted a huge fishing lure that’s now on display in Columbus, Ind. Another just like it will be in Jeffersonville this spring. The projects, profiled earlier this spring by The Indianapolis Star, add artistic luster to Owens’ already impressive resume, which includes art displays from Canada to Belgium to Russia.

“It’s been a fun project,” Owens said of the fishing lures. “I had the idea about 10 years ago. If you’ve ever fished and used crankbaits, you’re going to get them caught in trees. I always liked seeing them as a kid. They were like little tiny pieces of art. So I actually had the idea back then but never really pursued it.”

Until, that is, he got involved with Columbus community leaders who wanted a unique piece of art to celebrate the city’s bicentennial.

Through lots of artistic help and teamwork, Owens’ vision became a 450-pound resin-and-steel creation for the Upland Brewing Co. along the east fork of the White River. The giant lure in the sky reminds passersby of the all-too-frequent occurrence most fishermen have experienced.

The artist who recently learned he’ll be going to display some of his art in Budapest, Hungary next spring, said the Upland Brewing Co. locations in Columbus now and Jeffersonville next year were the perfect locations for these special art pieces.

“With these giant fishing lures, if I take them to a big city and if you have a person who’s grown up in Brooklyn, they don’t know what this lure is,” Owens explained. “They would think it cool from the abstract and I made them so doggone pretty. I mean they’re like a Ferrari paint job.

“At the same time, I thought of the regular guy, the carpenter, the farmer, the laborer, who doesn’t know about art,” Owens continued. “But if he drove by and saw one of these giant lures hanging by the river in the trees, he would get what I was making.”

“One reason (the project has gotten so much positive attention) is it’s just happy,” Owens added. “There’s no politics in this. There’s no way you can put a political spin on what I’m making. Even if you don’t like it and say ‘oh, that isn’t art,’ it’s going to make you smile. That was kind of my intention. As an artist, I’ve always been a little bit tongue-in-cheek. I always like to put surprises in my paintings that you’d overlook at first, and then maybe two years later see in the painting. “

A big assist in the fishing lure project came from a lifelong friend here in New Castle.

“Jeff (Smiley) and I have been best friends since we were seven years old,” Owens said. “There were two people in grade school who would buy my artwork, Johnny Shepherd and Jeff Smiley. Johnny used to give me his lunch money to draw monster figures for him. Jeff was always interested in my work. Since Jeff had the body shop and painting expertise, we did a lot of projects together.

“When we were younger, Jeff and I painted motorcycle tanks for guys that had Harleys,” Owen continued. “Even as I had moved and lived in different places, Jeff has always come to visit me. I lived in Canada awhile. He came up there and visited me. I’ve used his technology at different times in my artwork. I’d rent trucks and drive from Canada to New Castle so I could clear-coat my paintings at his body shop because I liked that finish. I told him about this project about a year before it happened. I told him ‘I’m going to need your advice and help on this.’ So he’s been a good technician for me.”

While Owens has made it big in the art world, he carries with him small-town pride and gratitude for the place he grew up.

“I don’t know how you could look at any of my work and not see the influence from my youth – and my youth was growing up in New Castle, Indiana,” Owens said. “As I traveled, lived my life as an artist and met people and heard about their childhoods, more and more and more did I appreciate so much where I came from.

“I tell people in New York I grew up like ‘Leave It To Beaver.’ I grew up like Andy of Mayberry,” Owens continued. “I’d leave on my bicycle at 8 a.m. in the morning and I wouldn’t come home until the street lights came on. I had a wonderful time in New Castle – from going to Sunnyside Elementary School to New Castle High School.”

Like a collage of color, memories came pouring out as Owens talked about attending homecoming festivities. Visions of Harold’s Hamburgers, home of the 10-cent wonders between a bun, joined the mental aromas of Ray’s Drive-In and “the best onion rings ever” at Crider’s. He remembered the festive sparkle of working at Smith’s Jewelry Store in downtown New Castle at Christmas time and the sweet taste of Jack’s Donuts. He recalled walking along a packed Broad Street sidewalk on a Friday night when stores like Beall’s Clothing stayed open until 9 p.m. He has a fond place in his heart – and taste buds – for Kresge’s where his mother used to join him for toasted ham salad sandwiches.

“When I was a kid, that town was booming,” Owens said. “I feel very fortunate to have grown up at that time.”

Ten U.S. presidents have come and gone since that day a young Bobbie K Owens painted that spiral at recess as a kid. A spiral that symbolizes the cycles of life and time, the seasons, the processes of birth, growth, death, and then rebirth. He’s traveled to exciting places with his art since then. His work can be seen by going to www.bobbiekowens.com on the web.

And to think it all started on a rock in New Castle.

The photo caption of Bobbi K Owens and his family was corrected.