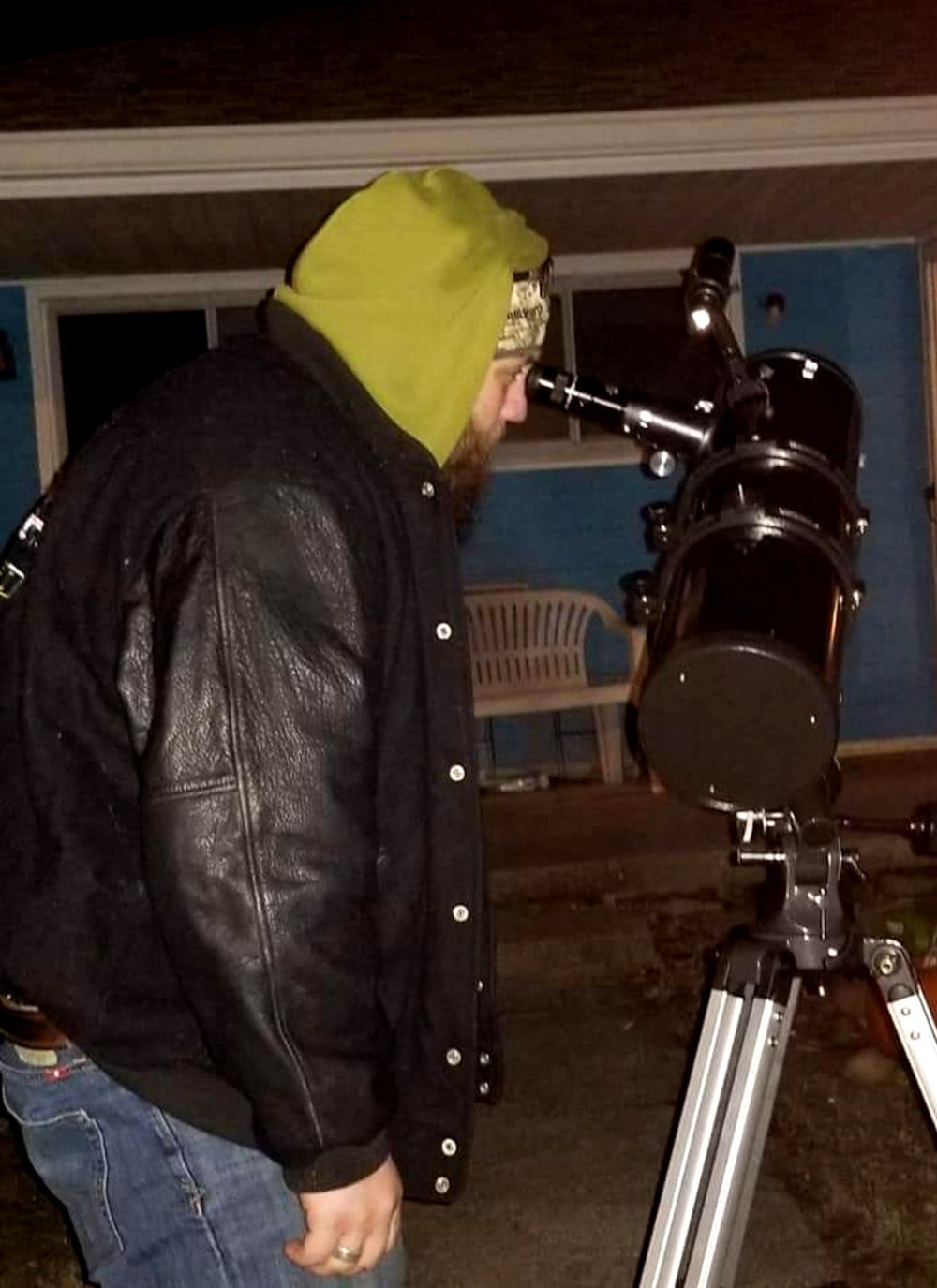 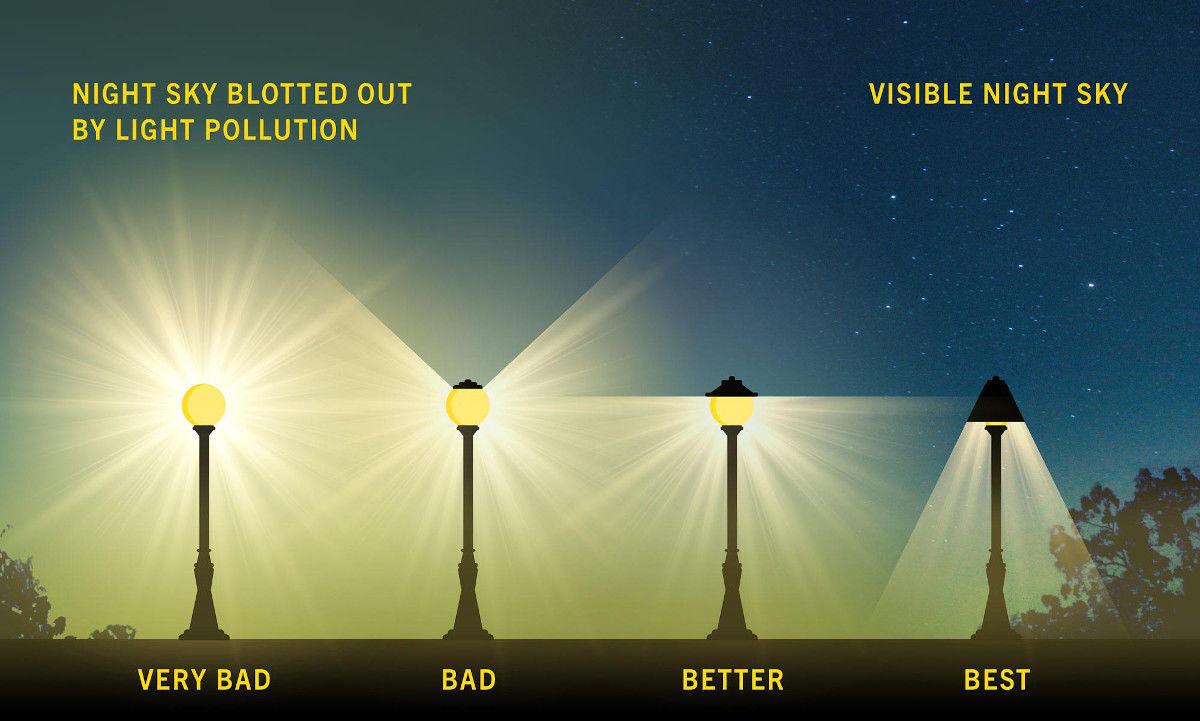 The International Dark Sky Association recommends minimizing the harmful effects of light pollution by only having lights on when needed, only lighting areas that need it, be no brighter than necessary, minimize blue light emissions and be fully shielded (pointing downward).

The International Dark Sky Association recommends minimizing the harmful effects of light pollution by only having lights on when needed, only lighting areas that need it, be no brighter than necessary, minimize blue light emissions and be fully shielded (pointing downward).

The stars: A frontier to the future and a map to the past.

If only we could see them all.

Even the clearest nights around New Castle are tinted with an orange glow from thousands of street lights and store signs.

Local astrophotographer Louie Chaplin hopes to dim the lights a little so people here can enjoy those celestial bodies in the sky.

Getting rid of some light pollution could also boost the local quality of life, Chaplin said.

“I became one so that the town could change and present wonder and inspiration to all the folks of this town, and potentially make a change for the better,” he said. “Changing light pollution is something that is noticeable in a month or less. Not years.”

Chaplin is a semi-truck driver by trade and owns an auto detailing business in New Castle.

Looking up at the winter sky from his backyard, Chaplin took a few minutes to enjoy the familiar constellations overhead, especially Orion. Just under Orion’s Belt, he notice what untold numbers of skywatchers had seen before him: a red “something” that looked like it was hanging off the belt.

This “something” is M24, the Orion Nebula.

NASA says M24 is “the closest large star-forming region to Earth” at a mere 1,500 light-years away. It is best observed in January.

That is around the time Chaplin spotted it. His curiosity grew from just taking pictures to investing in a backyard telescope that brought M24 into clear view.

That is also the time Chaplin noticed just how bright the sky over his neighborhood is at night.

He said the problem isn’t that we are lighting up sidewalks and roads. It’s that so much light is “spilling” into the sky and the trees and home windows.

Chaplain referred to the Bortle scale to explain how bright New Castle’s sky is. A Class 1 on the Bortle scale is an “excellent dark-sky site” and has a sky filled with stars; a Class 9 is an “inner-city sky” where you can only see the Moon and a few bright star clusters.

“New Castle is a Bortle 7. Indy is a Bortle 8-9,” Chaplin said. “We’re wasting money lighting up the sky and with dated technology.”

As a Dark Sky Advocate, Chaplin wants to educate people about different ways to provide artificial light without polluting the air.

He said the city could start with something as simple as installing shades on top of street lamps. The light is focused downward and the darkness above is left alone.

With enough steps in place, New Castle could lower its Bortle level and start “turning the volume up” on the stars.

Some communities, like Beverly Shores, Indiana, have embraced the idea so thoroughly that “dark sky tourists” visit to see the Milky Way in all its glory.

Chaplain plans to introduce the idea of a dark sky community to New Castle City Council at their meeting Monday.