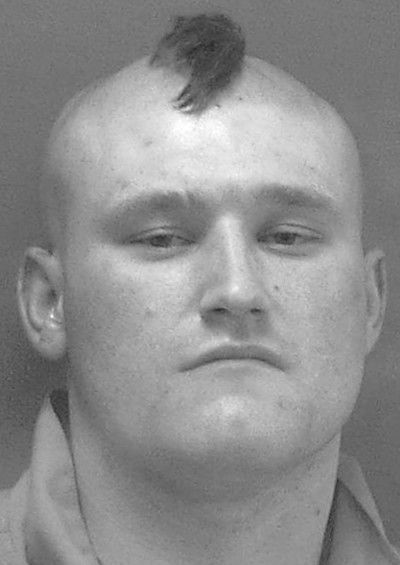 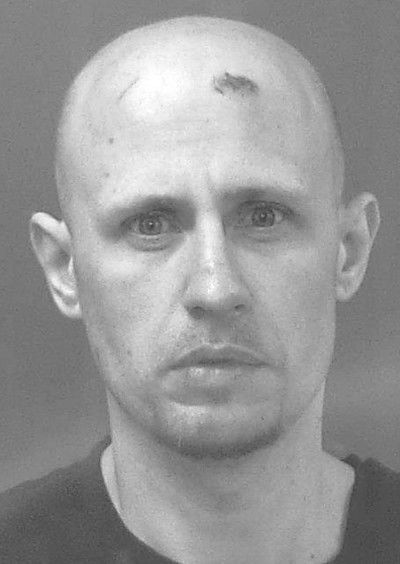 Two New Castle men remained in jail this week after allegedly leading police on a high-speed chase on the northeast side of town early Friday morning.

According to the New Castle Police Department, patrol officers were dispatched to the Village Pantry at 25th Street and Grand Avenue around 4:30 a.m. Friday, Jan. 15, for possible shoplifting. The suspects reportedly left the scene heading north in a white Ford Mustang.

A few minutes later, NCPD officers found a car matching that description traveling north on N. 27th Street. According to the incident report, the suspect vehicle “accelerated abruptly driving through the stop sign” after the police car began following them.

The Mustang reportedly did not slow down after the NCPD officer turned on their emergency lights and sirens.

The officer reported the the suspect vehicle reached speeds in excess of 70 mph through the residential neighborhood.

“It should be noted that the suspect vehicle did not slow at any point and got airborne at the intersection of S. 26th St/Broad St.,” the officer reported.

The Mustang attempted to lose the NCPD car by driving through alleys and behind homes.

During the course of the vehicle pursuit, the Mustang reportedly rammed a New Castle police cruiser in a violent manner, damaging the drive train and rendering the police car inoperable.

The Mustang reportedly continued driving through the 2600 block of State Street “at uncontrollable speeds” and ultimately crashed into a garage in the backyard of a Vine Street home.

The driver of the vehicle, later identified as 27 year old Matthew Flick, reportedly exited the driver’s side door and fled on foot behind the garage. The pursuing officer reportedly lost sight of Flick when they came around the garage.

The officer reported hearing the Mustang revving its engine “at maximum effort” while other NCPD officers ordered the passenger, identified as 31 year old Matthew Covey, out of the car.

Covey was reportedly attempting to flee in the Mustang. Officers reported the tires were spinning in the mud as Covey tried to drive away in reverse. Then Covey allegedly put the vehicle in drive and rammed the garage again.

“It should be noted that the suspect vehicle nearly ran over numerous officers while attempting to flee the scene,” NCPD reported.

The officer who had initially tried to pull the car over jumped into the open passenger door of the car and discharged his taser into Covey. The officer then put the Mustang into park.

The officer reported he struck Covey in order to make Covey release his grip on the officer while they struggled in the car.

At the same time, other responding NCPD officers broke out the driver’s side window and dragged Covey out of the car. Covey allegedly “resisted officers violently” until he was placed in handcuffs. At least two NCPD officers reported receiving hand injuries while pulling Covey from the car.

Officers reportedly found a hypodermic needle in the floor board of the car and a container in the center console that had “large crystal rocks within it along with numerous amounts of crystal powders” the officers believed to be possible methamphetamine.

According to the police report, Covey told officers Flick had held him at gunpoint during the car chase. Covey allegedly told officers “Flick told him to hold the steering wheel so that he could shoot at the police.”

Further search of the vehicle reportedly turned up a loaded handgun underneath the driver seat. According to investigators, “a misplaced bullet which was turned backwards was lodged into the chamber which is why it would not function.”

New Castle and Henry County law enforcement set up a perimeter around a Vine Street home where they believed Flick was hiding.

Nine people eventually came out of the house, including Flick. Witnesses reportedly told police Flick had run into the house extremely out of breath, saying police were chasing him.

Covey was charged in Henry Circuit Court 2 with Level 5 felony battery with bodily injury to public safety officer, Level 6 felonies resisting law enforcement with a vehicle, unlawful possession of a syringe and possession of methamphetamine, Class A misdemeanor conversion and Class B misdemeanors leaving the scene of an accident and criminal mischief.

Flick was charged in Henry Circuit Court 2 with Level 6 felonies resisting law enforcement with a vehicle, unlawful possession of a syringe and possession of methamphetamine, Class A misdemeanor carrying a handgun without a license and Class B misdemeanors criminal recklessness, leaving the scene of an accident and criminal mischief.