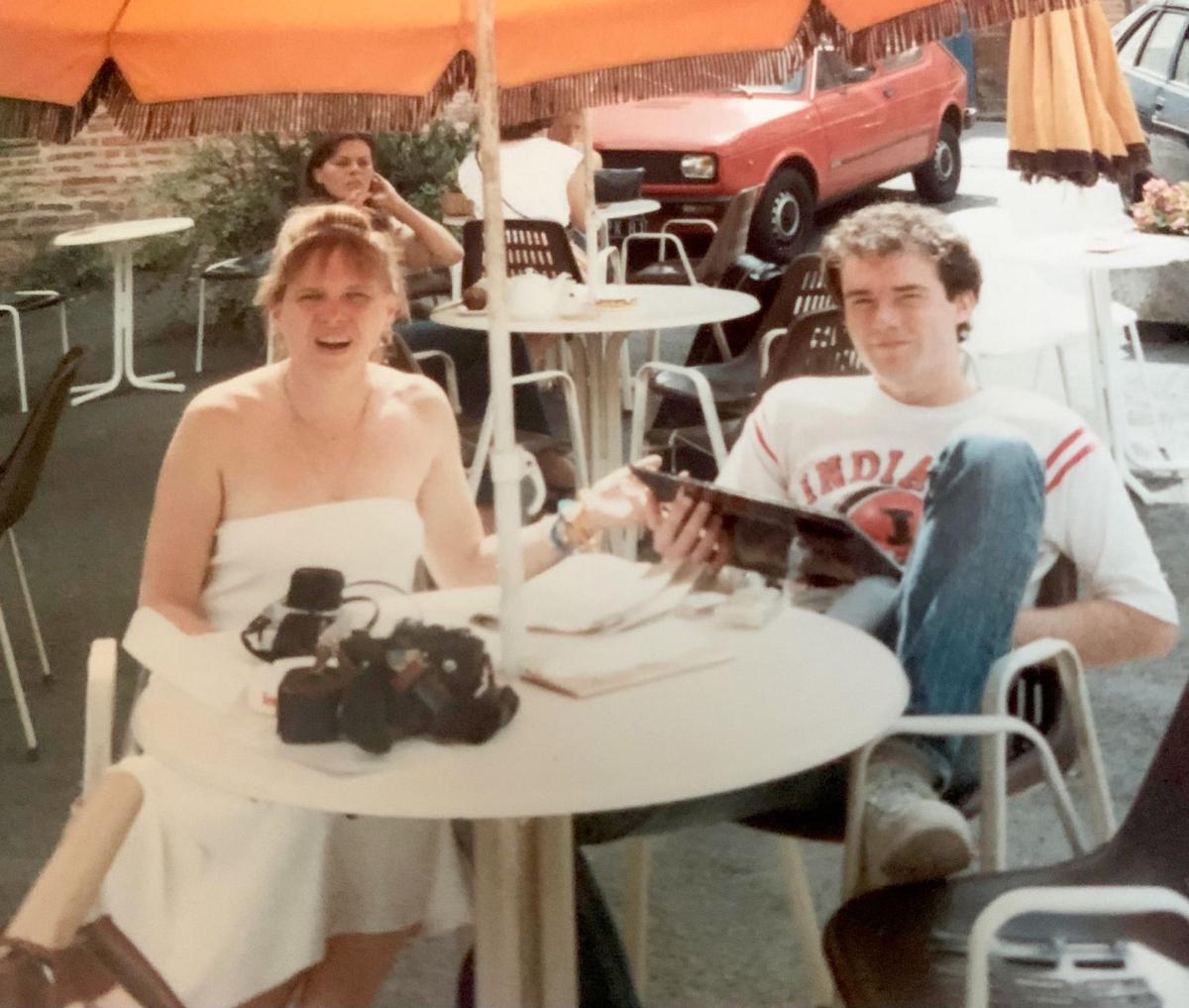 Patricia Goodspeed and Pierre, a foreign exchange student who once lived with the Goodspeed family in Knightstown. Patricia and Pierre are pictured in Paris, France, where Patricia once vacationed. 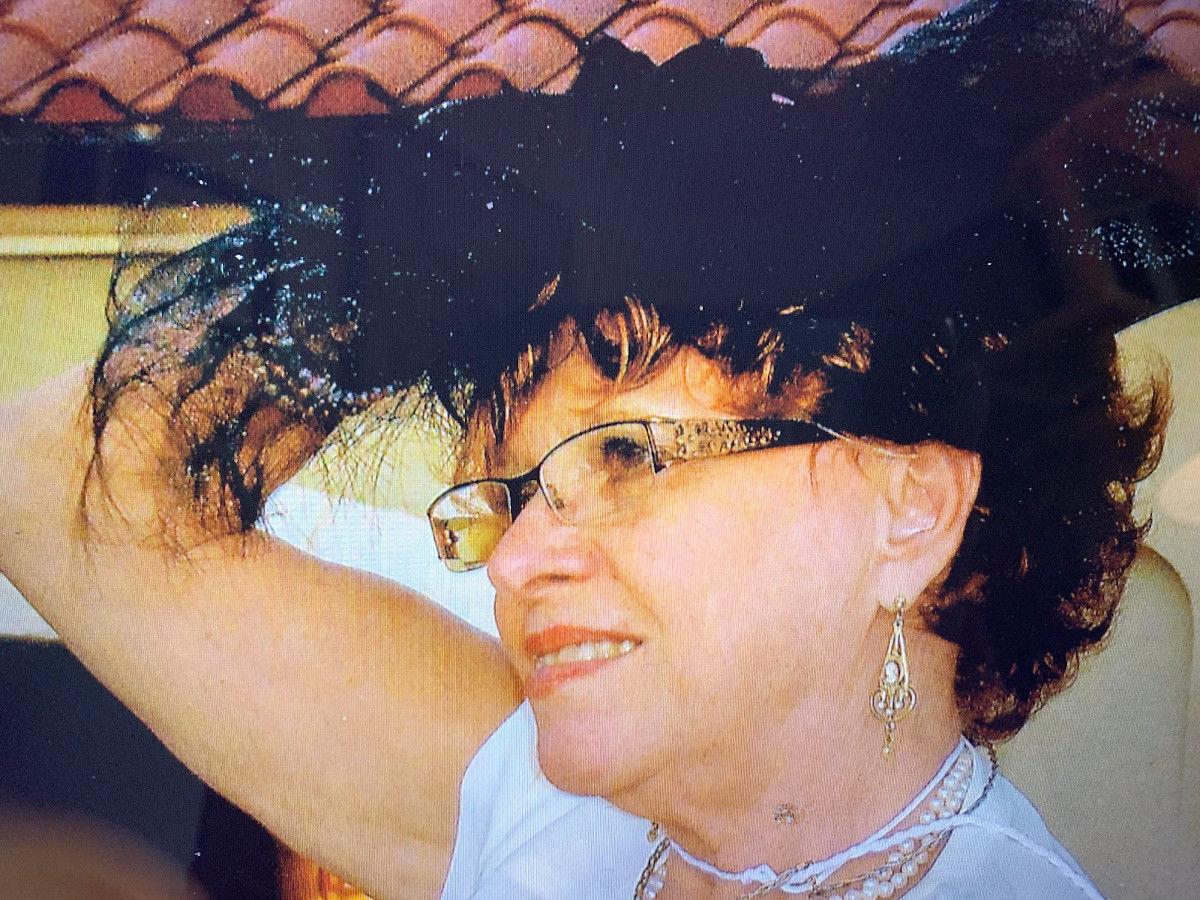 Patricia Goodspeed and Pierre, a foreign exchange student who once lived with the Goodspeed family in Knightstown. Patricia and Pierre are pictured in Paris, France, where Patricia once vacationed.

As a woman of the ‘80s I had it all: a blossoming law career, a loving family, a good marriage, kids, a social life and sufficient income for living with some extra for minor luxuries. At the time, I needed a vacation. A time away from it all for fun, relaxation and recreation. My psyche demanded I get away from Knightstown and all its mundane normalcy. I was going to France.

It would be my time to reconnect with old friends, including Eileen, an English woman and house mother at Harrow-on-the-Hill, where Winston Churchill went to school. I also planned to see my Swedish friend, Louise, a midwife/nurse living in Geneva, Switzerland, as well as Pierre, our previous foreign exchange student, who was living in Versailles, France, near Paris.

For my trip, I needed to rent a reliable car to road trip across France and Switzerland. I do not speak any French, but Pierre happily assisted. Listening to Pierre’s rental negotiations sounded like a love affair with his Southern French dialect.

We toured Southeastern France, which was dotted with Roman viaducts and old castles. We proceeded over the Alps into Geneva, Switzerland, to meet my friend, Louise, whom I knew from my ‘60s hippie days in Istanbul, Turkey. We bought a bottle of French champagne and Pierre majestically opened it with a large knife, slashing across the neck of the bottle. We drank coffee and ate Raclette (boiled new potatoes with mixed melted cheeses) and gherkin pickles.

And, of course, we had various meat and cheese fondues, along with a most intriguing sea food dinner, which included shrimp and fried conch. There was also dancing at the United Nation’s Club at Lake Geneva, hosted by the country of Seychelles. Louise was a member of the private club attached to the UN. Her mother had been secretary to Dag Hammarskjold, the Swedish diplomat, and Louise continued her mother’s membership. Somehow, photos of us dancing and eating ended up on the front page of the local newspaper.

We went back to France and met up with my English friend, Eileen, in Paris. We hung out at the Louvre, walked along the Seine, drank wine at outside cafes, ate French omelets and pastries, played pool with some locals, saw the Eiffel Tower and watched a July 14 Bastille Day parade. We bought perfume, shopped, saw the sights and had pearls stolen in the Montmartre Art District. We ate Algerian food, but avoided escargot (snails). We shopped the Left Bank for posters, art and postcards.

The next leg of our journey took us to Pierre’s parents’ home in southern France. Albi is an ancient, stone-walled city, home of the famous artist, Henri de Toulouse-Lautrec. We spent the afternoon amidst good art- there were rough sketches, finished works, sketch books and art journals. I was inundated with tears. What mastery! What genius!

Later, we stopped at a fresh market, shopping with a string bag for a baguette, goat cheese and a fine burgundy wine. I made a fresh salad from vegetables in the garden. We watched the movie “Ivanhoe” in French and ended the evening with a summer concert at a cathedral.

Next, we headed south to the remarkable medieval city of Carcassonne, which was complete with a moat. I didn’t know a place like that existed. You stepped right back in time to a medieval town where people in the present day really lived. There, lunch was a bowl of hearty beef cassoulet (a stew made with meats, sausages, garlic, white beans and thick broth) and a baguette creamed with whipped butter. We drank warm beer and had fresh berries for dessert.

We also visited Provence, where flowering lavender scented the sunflower fields. There, we enjoyed a picnic of sausage, goat cheese, bread, mustard and burgundy wine. We were refreshed and back on the road southwesterly toward the Mediterranean Sea and beaches.

The Great Pyrenees mountain range loomed ahead. I could see Spain. Pierre seemed nervous as we motored along and I asked him about it. He said, “You know my parents’ summer home is in a naturist camp.” I responded, “Yes, primitive camping.” Pierre said, “No, au naturel—It’s a nudist camp!” Pierre’s mother, father and younger siblings lived there part of the summer.

The next morning, his mother cooked bacon and eggs wearing only an apron. The nudist camp had a small tavern on the premises, along with an open market for fresh vegetables, fruits and bread. A masseuse was there giving nude massages. Volleyball was a normal activity at the camp and my giggles wouldn’t stop after watching the athletes in just t-shirts play the sport. The local swimming pool prohibited clothes due to the pump and filters. Well, at least that’s what the sign said. Going topless was fairly easy, but I hid under a towel to slip into the pool naked.

Our last stop was Notre Dame Cathedral for confession and Holy communion. I started crying. I talked to a priest who spoke eight languages. I revealed my unhappiness, telling him I had it all. He explained the problem was a frequent one for Americans as they were too busy to take time and enjoy life. I can see his point. Europeans take a month off work to vacation. Americans need to take more time for fun and recreation. I smiled on the flight home, resolved to enjoy more aspects of life like the Europeans.

Patricia Goodspeed, a retired attorney, resides in Knightstown with her husband, Donald. The couple has three children and six grandchildren. Patricia, an extensive traveler, has lived in many places throughout the United States and once lived in Istanbul, Turkey. She is also a published author, co-writing “Murder on Persimmon Lane” with Diana Orem.