Skip to main content
You are the owner of this article.
Edit Article Add New Article
You have permission to edit this article.
Edit
Home
Neighbors
News
Sports
Government
Obituaries
Opinion
Classifieds
Jobs
Archives
e-Edition
Share This
1 of 2 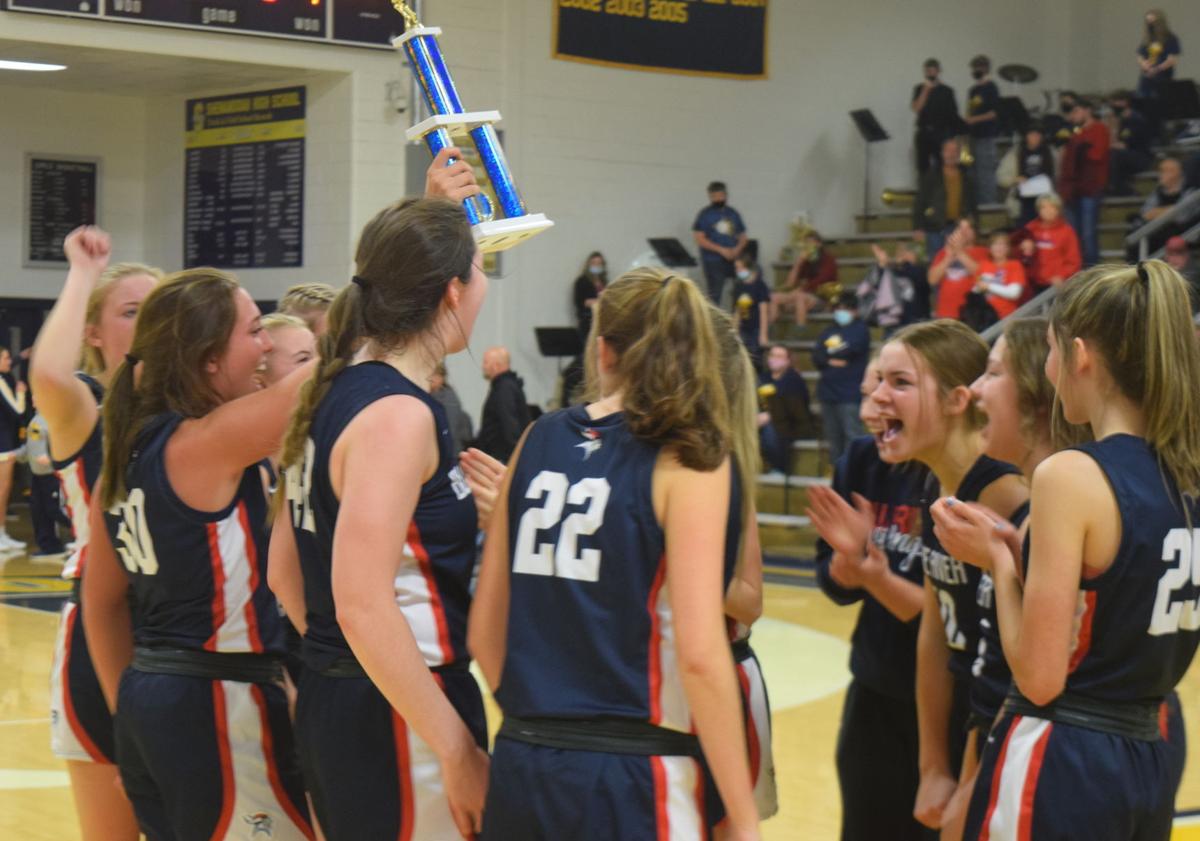 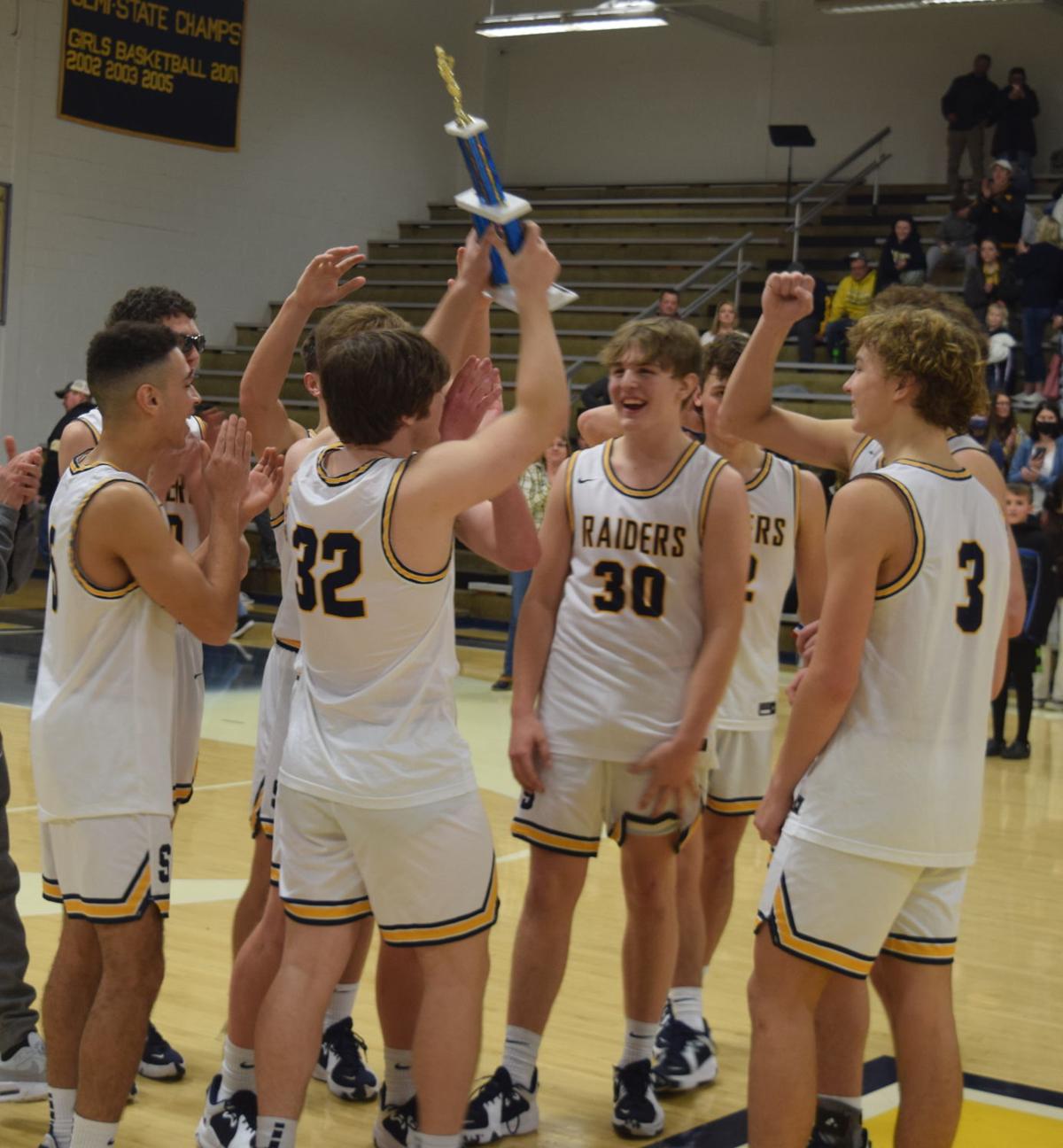 From my perspective, there weren’t that many surprises in this year’s Henry County Basketball Tournament for either the girls or the boys.

As sports editor for The Courier-Times, I do not have a rooting interest in this tournament, as I have to remain neutral and just report what happens. In fact, I wore a green New Castle Trojans long-sleeve shirt for at least two of the nights to show my impartiality.

There were some interesting things about this year’s tournament. For one thing, none of the games were all that close as the final margins of victory in the six games played were 25, 27, 49, 24, 19, and 21 points.

Also, this was the first year since the tournament resumed that the two Class A schools in the county met for the championship (in this case for the girls title).

Let’s look back at the two tourneys that were held last week at Shenandoah High School, starting on the girls side.

One thing I failed to mention in my stories was that this is the first year the Shenandoah girls did not play in the championship game since the county tournament resumed in the 2012-13 season.

In the first nine years of the tournament, the Raiders won the title in six of them – four times over Tri and one apiece against Knightstown and Blue River Valley. The Titans defeated Shenandoah for the championship the other three years. The Vikings finally won their first county girls title this year. The Panther girls have yet to capture a county championship.

I was happy for Blue River senior Samantha Loveless because of her bounce-back performance in the tournament after having a bad game at Eastern Hancock three days prior when she scored just one point and fouled out in the fourth quarter of the Vikings’ 62-55 win over the Royals.

Loveless shot a perfect 7-of-7 from the field in Friday’s win over Knightstown while playing in only the first half. In Saturday night’s championship game, she scored a game-high 21 points and pulled down nine rebounds.

I stated in my championship game story that, in my opinion, she was the MVP of the tournament.

I interviewed Loveless after Saturday night’s game, and she was quite pleasant and articulate. I didn’t need to prod her to say something, which is what I like from an interviewee. I was more than happy to give her some ink.

On a related note, all of the players in addition to Loveless that I interviewed after the championship games – the Vikings’ Ally Madden and Shenandoah’s Jack Stevens and Jasper Campbell – were good interviews and very personable, which is no real surprise as all are seniors.

With Loveless, Madden, and Maci Chamberlin capable of putting up a lot of points, Blue River, who is on a 13-game winning streak, will be tough to beat the rest of the season.

In addition, Samantha Webb is capable of lighting it up from outside, Maciah Driskill can score, and freshman Charlee Gibson is a nice addition as first player off the bench. Get all six of those girls going at once – look out!

It was nice seeing Bailey Parham back in the starting lineup for Tri, as her double-double performances really make a difference for the Titans.

In the championship game, Tri and Blue River really played an entertaining first half against each other, and the score was deadlocked at intermission 23-all. The Titans couldn’t throw the ball into the ocean from the shore in the second half which accounted for the 19-point Viking victory margin.

I’ve been really impressed this season with the development of Tri freshman point guard Kenley Cornelius. I saw her play in the New Castle Evening Optimist/Henry County YMCA Youth Basketball League and told myself she’s going to be a really good player when she gets to high school.

Cornelius hasn’t disappointed and seems to get better every game I watch her play.

All four of Tri’s losses have been “quality” ones. The Titans could pose some real problems for their opponents the rest of the season if their shooting eyes don’t go south on them.

This year’s versions of the Knightstown and Shenandoah girls teams are relatively young, and shooting woes and turnovers have plagued them in several games. They have a little time to improve before tournament time rolls around.

On the boys side, will a Shenandoah team coached by Dave McCollough ever lose a county tournament game? It hasn’t happened thus far.

This is McCollough’s seventh season at the helm of the Raider boys basketball program, and Shenandoah has won seven consecutive county titles and, of course, is 14-0 in those tournament games.

That got me asking myself, “Has Coach McCollough ever lost to a county team or any local area team since he’s been at Shenandoah?” After a little research, the Raiders have a total record of 30-0 against Blue River Valley, Knightstown and Tri; 4-0 against Hagerstown; and 1-0 against New Castle (although it took a last-second shot against the Trojans to do it). That’s a record of 35-0 against local teams.

After graduating that really good senior class last spring, I thought Shenandoah might be a bit down this season, and it’s true the Raiders have lost four games. But during the county tourney, they played as well as did any of those former Shenandoah teams.

The Raiders are led by seniors Jasper Campbell and Jack Stevens. Blue River Head Coach Brian Klein hit the nail right on the head when he told me Campbell could have been a 20 ppg scorer on most other teams last season and Stevens has improved the most from one season to the next of any kid he has ever seen.

Shenandoah’s other players are really starting to step up, score, and play as a unit. A sixth consecutive sectional title is not out of the question for the Raiders.

Shenandoah now has won the championship in eight of the 10 boys tournaments played. Blue River Valley and Knightstown have one title apiece. The Tri boys never have won a county tourney championship, and never have played in the title game.

I thought this year the Viking boys might be able to win a second county title, as they have some good players. But the Raiders still have their number, it appears.

Knightstown and Tri still are relatively young and are getting used to the systems of second-year Panthers Head Coach Tanner Hedrick and first-year Titans head Coach Tyler Stotler. Both teams appear to be better than a season ago.

Before I close this column, I want to say to some “fans” out there, “Pipe down about the officiating.”

At most basketball games I cover, there always seems to be people who voice their complaints about officials’ calls.

Yes, sometimes referees miss something or make an incorrect call. But they are human beings and make mistakes.

As sports editor of this newspaper, I sometimes make mistakes such as not capitalizing a word or name or stating a fact incorrectly. I’m not happy with myself when I do it, but it happens.

I won’t criticize officials because I know I can’t do a better job than they are doing and realize that officials and referees in some quarters are in short supply. If there aren’t officials at games, the games won’t be played.

Like Little Immanuel said to Archie Bunker in an episode of All in the Family, “I wouldn’t want your job for no money.” Or as Archie himself might say, “Stifle (the criticism)!”

David Risley is sports editor of The Courier-Times