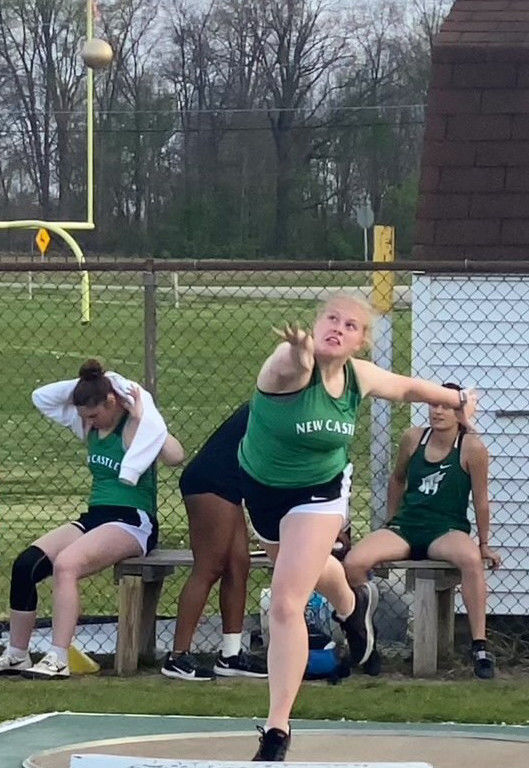 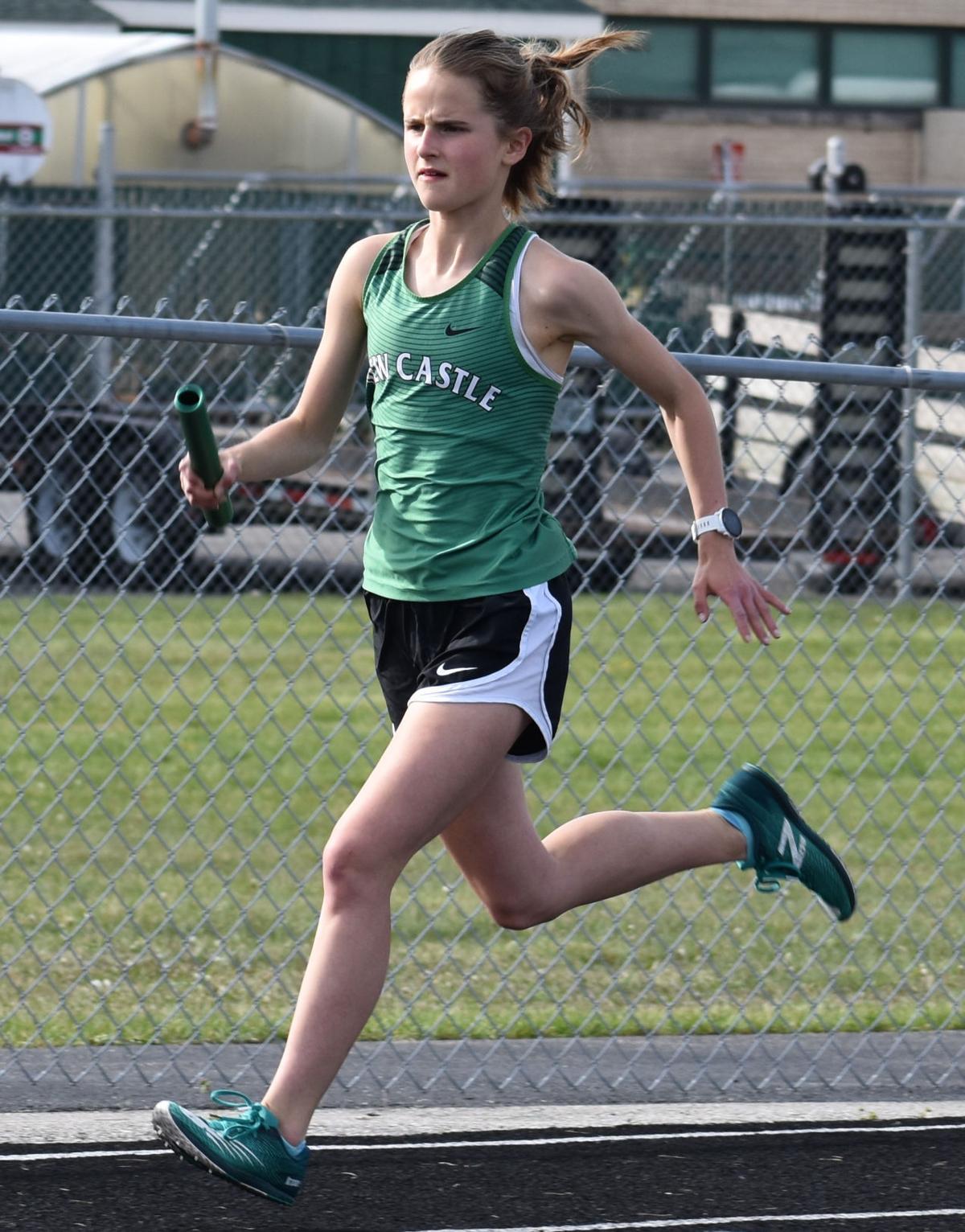 The Trojans had the opportunity to compete head-to-head against six of their seven Hoosier Heritage Conference foes in preparation for the HHC meet in two weeks, and finished fifth in the team standings.

Temperatures were in the low 80s at the start of the meet falling to the mid-70s as the meet progressed with sunny skies.

The challenge of the day was the strong and gusty winds out of the southwest. As a result, the pole vault competition was cancelled for the evening and some of the sprint events were a bit slower than normal because of the headwind.

The Trojans had only 16 girls competing to compile their fifth-place finish, and four athletes contributed significantly to the New Castle team standings by scoring in multiple events.

Garvin scored in all four of her events, while Hall and Harvey brought home points in their three events and Madden scored in both of her throwing events.

The New Castle coaches continue to be impressed with this small but mighty girls team and how they compete with extreme intensity from the beginning to the end of each meet.

The Trojan girls did not win any individual events but placed towards the top in almost every category. Several athletes pitched in on the team effort by stepping up to varsity and competing in events they do not normally compete in.

In the finals, Hall placed second in the 100 meter dash in 13.77 seconds and later in the meet placed sixth in the 200 meter dash with a time of 28.96 seconds. Hall had to contend with strong headwinds coming down the home stretch to the finish line in both events.

Garvin inched into the 100 meter hurdle finals by taking the eighth and final spot to advance out of the trials. Garvin did that two better during the finals race by earning sixth place with a time of 18.82 seconds.

Hall had an exceptional night in the long jump by equaling her school record distance of 17 feet 3 inches to secure second place in the event. Garvin equaled her personal-best leap in the high jump by clearing 5 feet 3 inches and coming away with second place.

Garvin also had an exceptional night in the 300 meter hurdles with a commanding surge down the home stretch, closing fast on the second place competitor until she ran out of real estate to claim third place with a time of 49.98 seconds.

To close the meet, Garvin ran the anchor leg of the NC 4x400 meter relay, which placed seventh with a season-best time of 4:33.11. Other members of that relay team were junior Ava Bell, freshman Laura Fischer, and freshman Mireya Guerrero. All of the girls in the 4x400 relay posted solid 400 meter splits to contribute to the seventh-place finish.

Sophomore Lydia Harvey had a successful evening by scoring points and placing in three events. Harvey started off the meet by running the lead leg of the Trojans’ 4x800 meter relay squad, which took eighth place with a time of 12:00.97. Others on the New Castle 4x800 relay squad were sophomore Savannah Kernel, junior Jamie Kernel, and freshman Sydney Mathews.

Toward the close of the meet, Harvey toed the line at the start of the 3200 meter run with nervousness and high expectations. The 3200 is one of the most grueling events in high school track and field and Harvey knew she was going to have to dig deep into her pain threshold to see if she could achieve her goal of running toward the front of the very competitive field.

Harvey established herself in the midst of the lead pack from the beginning of the race and moved into second place mid-way through the first mile of the race. As the race progressed, Harvey was inching closer to the leader each lap, as a Delta runner and a Noblesville runner attempted to close in on Harvey.

In the final stages of the race, Harvey gave it everything she had to hold off the two pursuers, but the final kick of the Delta runner was too much. Harvey finished in a solid third place with a personal-best time of 12:08.54, which was 2.5 seconds faster than her previous best that she posted the week before.

The New Castle throwing duo of senior Eliza Madden and freshman Alaina Bowman had a very successful evening and brought in some much-needed points to help the Trojans in the team standings.

As a freshman, learning the technique of her events, Bowman has had a solid season thus far. In the discus, Bowman proved that she is not yet done improving as she threw 20 feet further than she had all season with a toss of 111 feet 8.5 inches to secure third place. This places Bowman as one of the top freshmen to ever compete for the Trojan girls.

Madden was not far behind in fourth place with a toss of 108 feet 11 inches, which was also a personal best by over four feet. Later in the meet, Madden placed fifth in the shot put with a distance of 33 feet 2 inches which was just four inches off of her personal best.

Lewis was not able to compete in her premier event, pole vault, as the meet officials cancelled that event due to the strong winds of the day.