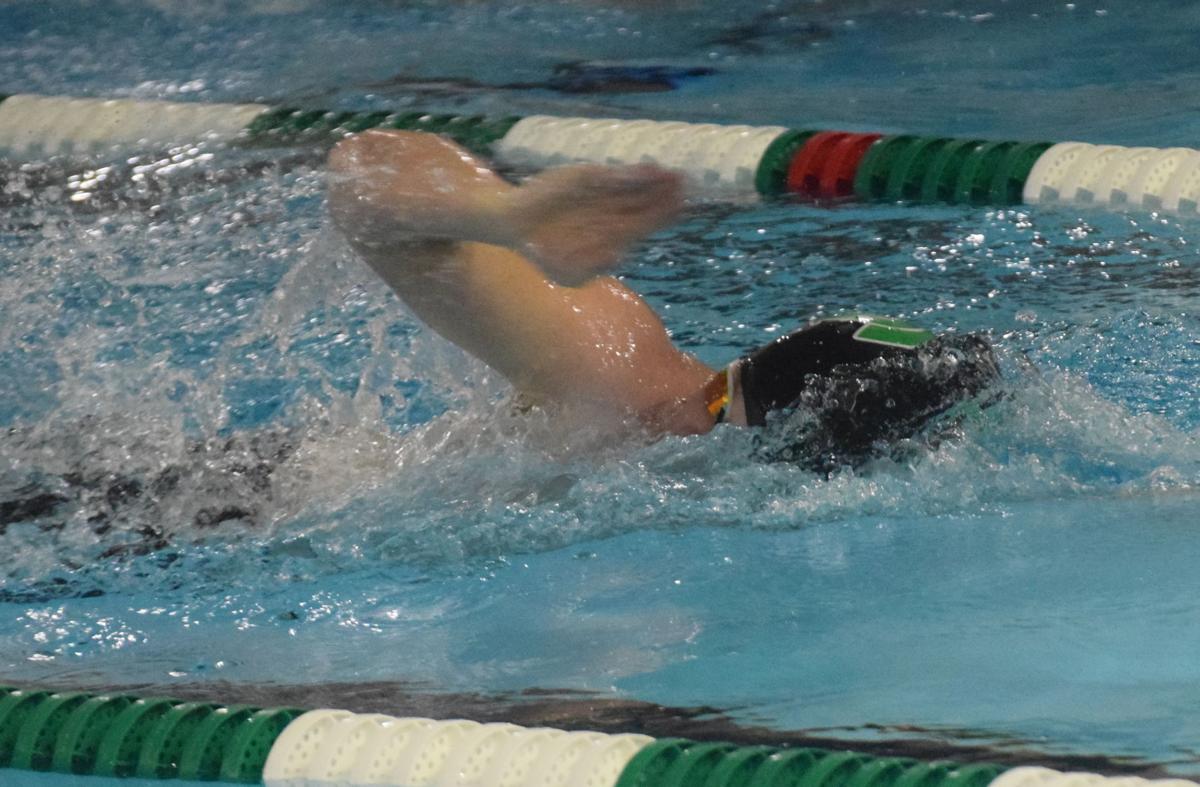 New Castle High School senior Connor Griffey swims the Boys 200 Freestyle during Tuesday evening’s home meet against visiting Hagerstown at the NCMS pool. Griffey finished first in the event with a time of 2:13.00. 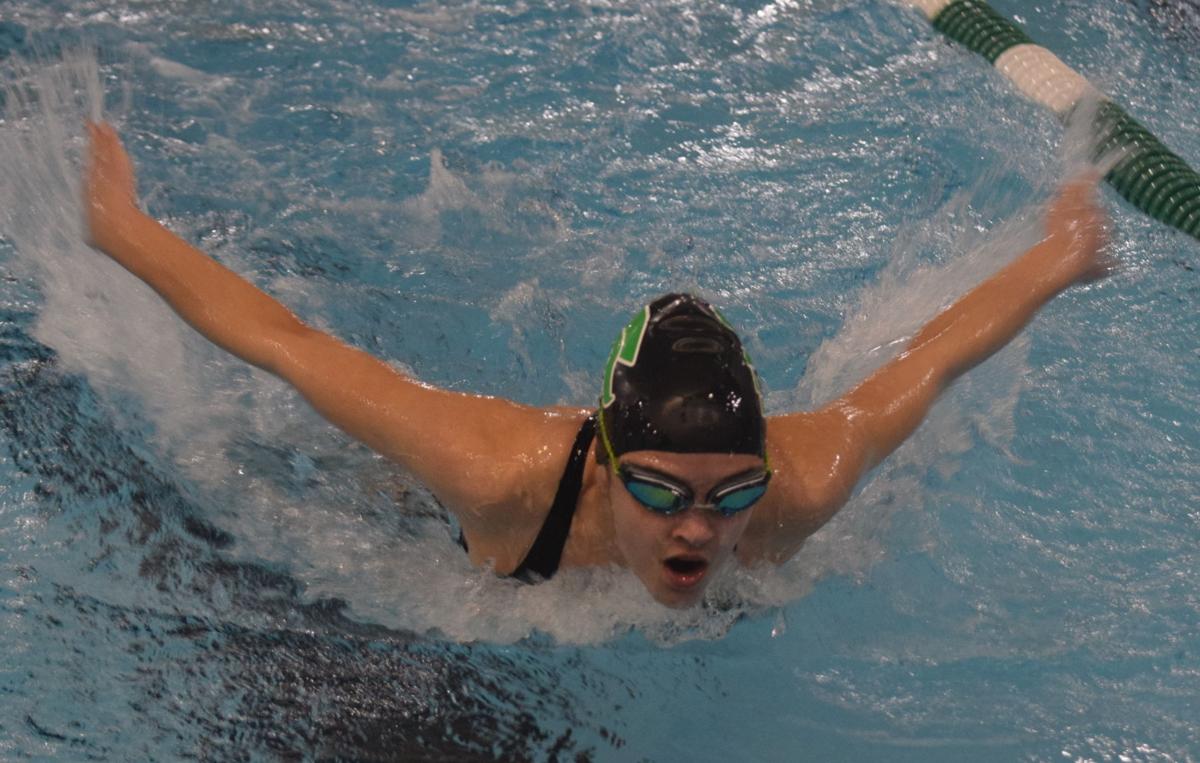 New Castle High School sophomore Elena Millikan swims the Girls 100 Butterfly during Tuesday evening’s home meet against visiting Hagerstown at the NCMS pool. Millikan finished third in the event with a time of 1:21.87.

New Castle High School senior Connor Griffey swims the Boys 200 Freestyle during Tuesday evening’s home meet against visiting Hagerstown at the NCMS pool. Griffey finished first in the event with a time of 2:13.00.

New Castle High School sophomore Elena Millikan swims the Girls 100 Butterfly during Tuesday evening’s home meet against visiting Hagerstown at the NCMS pool. Millikan finished third in the event with a time of 1:21.87.

The New Castle High School girls and boys swimming teams had their first home meet of the season Tuesday evening at the New Castle Middle School pool and hosted Hagerstown for the event.

It also was Senior Night for the host Trojans, and New Castle 12th-graders Jack Criswell, Connor Griffey, Ben Hall, Andrew Lacey, and Trenton Round were honored midway through the meet. The visiting Tiger seniors also were recognized.

The Trojans have no senior girl swimmers.

It’s a long-standing tradition at New Castle that the seniors write the line ups for Senior Night. The boys enjoyed messing with the lineups and had a little fun doing it.

The meet was very close against a rather large girls team from Hagerstown. With the win, the New Castle girls improved to a record of 10-2 for the season.

The host’s Sydney Mathews led the team with two great first place finishes in the 200 Freestyle and 500 Freestyle.

The Trojans’ Lylah Hutson placed first and recorded a personal record in the 100 Backstroke. She also finished second in a very tough race in the 50 Freestyle.

New Castle’s Payton Plank had an amazing race in the 200 IM, where came from behind to finish first. She also placed second in the 500 Freestyle.

The final relay event was crucial to the victory, and both New Castle 400 Freestyle relay teams came through with first and second-place finishes to win the meet.

Finally, the Twisting Trojans, New Castle’s girl divers, put on a show for the home crowd. The tandem of sophomores Ella Garvin and Sacha Shunneson both scored personal bests, helping the team to stay in contention at the halfway point of the meet.

Garvin was on fire from the start as she kicked off the competition with a high-flying Back Somersault with a Twist that scored her a 29.7. She didn’t let up, recording a trio of dives on the night with degrees of difficulty at or above a 2.2.

Shunneson stepped up big, too, pulling to within two points of her teammate after three dives, but Garvin’s fourth dive gave her a commanding lead when she scored big on her Front Somersault with two Twists.

Shunneson’s last three dives were outstanding, but the degree of difficulty wasn’t enough to overtake her teammate. Garvin finished with 189 points to take first place in diving, while Shunneson was a close second with 182.7 points.

The boys meet started off with the 200 Medley Relay team, consisting of Trojan seniors Hall, Lacey, Criswell, and Round, taking first place.

Hall won the 200 IM followed by teammate Sipes in second place. Criswell finished second in the 50 Freestyle while fellow senior Round took third.

After the diving event, in which no boys competed, senior Lacey won the 100 Butterfly with teammate Gus Upchurch placing third.

The Trojan 200 Freestyle Relay team consisting of Criswell, Sipes, Hunyh, and Max Upchurch hustled to get second place, while the other New Castle quartet of Sam Hastings, Wyatt Barrett, Mark Nelson, and Fewell came in third.

The New Castle girls and boys swimming teams will be back in action again at Anderson on Tuesday evening, with the meet starting at 5:30 p.m.

Sports editor’s note: Six photos from this meet were in Thursday’s edition of The Courier-Times.